Thinking about appealing your COURT (VCAT FOR VICTORIA) decision? Here’s what you should keep in mind: 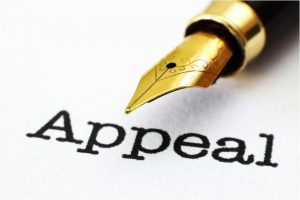 To break it down simply, this means that the Supreme Court does not hold the power to determine whether a different decision should or could have been made, but rather it can ensure that the decision made at COURT (VCAT FOR VICTORIA) was made lawfully and with regards to relevant legislation. The Supreme Court will determine whether interpretation of relevant provisions has been done correctly and precedents/ procedure has been followed.

Appeals to the Supreme Court cannot simply be made if you are unhappy with the outcome and feel like you should have had a better result. A decision can be appealed there are reasonable grounds to believe that COURT / VCAT (VICTORIA)’s decision was not made with careful, lawful consideration. One must have substantial legal grounds to successfully appeal a decision.

Put simply, it is possible for a decision made by COURT (VCAT FOR VICTORIA) to be appealed, but only if the decision relates to a mistake of law/ legal findings, rather than the subject matter of COURT / VCAT (VICTORIA)’s decision.

It is important to bear in mind that a time limitation exists for appealing a decision made by COURT / VCAT (VICTORIA). After a decision is made by COURT (VCAT FOR VICTORIA) you have 28 days to appeal this decision. The 28 days commence upon the day the decision is made unless otherwise provided. If the 28 days have expired an applicant will have to seek leave from the Court to extend the time to allow the application of the appeal before going any further, however this will incur further unnecessary costs and time so it is best to make an appeal on time.

If you are not satisfied with a decision made by COURT (VCAT FOR VICTORIA) and think that you may qualify for an appeal based on the above information, it is best practice to consult a lawyer to guide you through the process.